From an early age Deborah had an empathy and passion for colour, paints and the tactile quality of materials. At school she excelled at practical subjects, encouraged by her art teacher, Brenda Pye. Deborah studied fine art at Bath Academy of Art in the 1970’s with painting tutors Adrian Heath, Peter Kinley and visiting lecturer Frank Auerbach. Her print tutors were Jack Shirreff, etching, and Stephen Russ, screen-printing. Following graduation, Deborah developed a career in teaching. She moved to Torquay in 1983 and became printmaking tutor at South Devon College. She furthered her printmaking skills with fellow printmakers at Dartington, and was selected as a member for the Devon Guild of Craftsmen (from 2021 known as Make Southwest).

In 1999 Deborah exhibited with other West Country artists in Nagi Moca Museum of Contemporary Art, Japan. Her visit to Japan had a profound influence on her subsequent work and resulted in exhibitions at the Daiwa Foundation, London and galleries across Devon during the festival: Japan 2001.

Her exhibition of paintings and printmaking at Torre Abbey 2009 led to a dialogue between Deborah’s work and Graham Burchell’s poetry, which two years later resulted in the exhibition: “Reflections Mirror Time” at the Devon Guild of Craftsmen. This was followed by further exhibitions at the Guild, “Life Illustrated” in the autumn of 2015 and a solo exhibition: the Artist Gardener in September 2017

Deborah continues her love of teaching by offering workshops in her studio.

Deborah lives on a hill in Torquay overlooking Lyme Bay, with her husband Malcolm Law. They have two children, five grandchildren and a colourful garden! 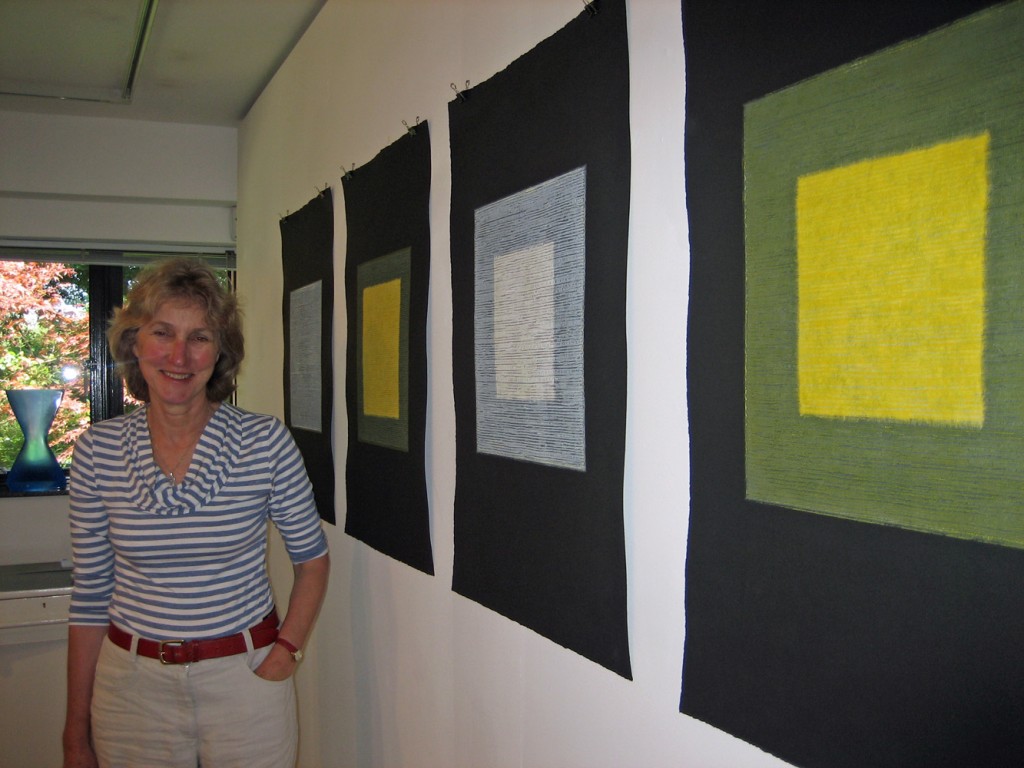