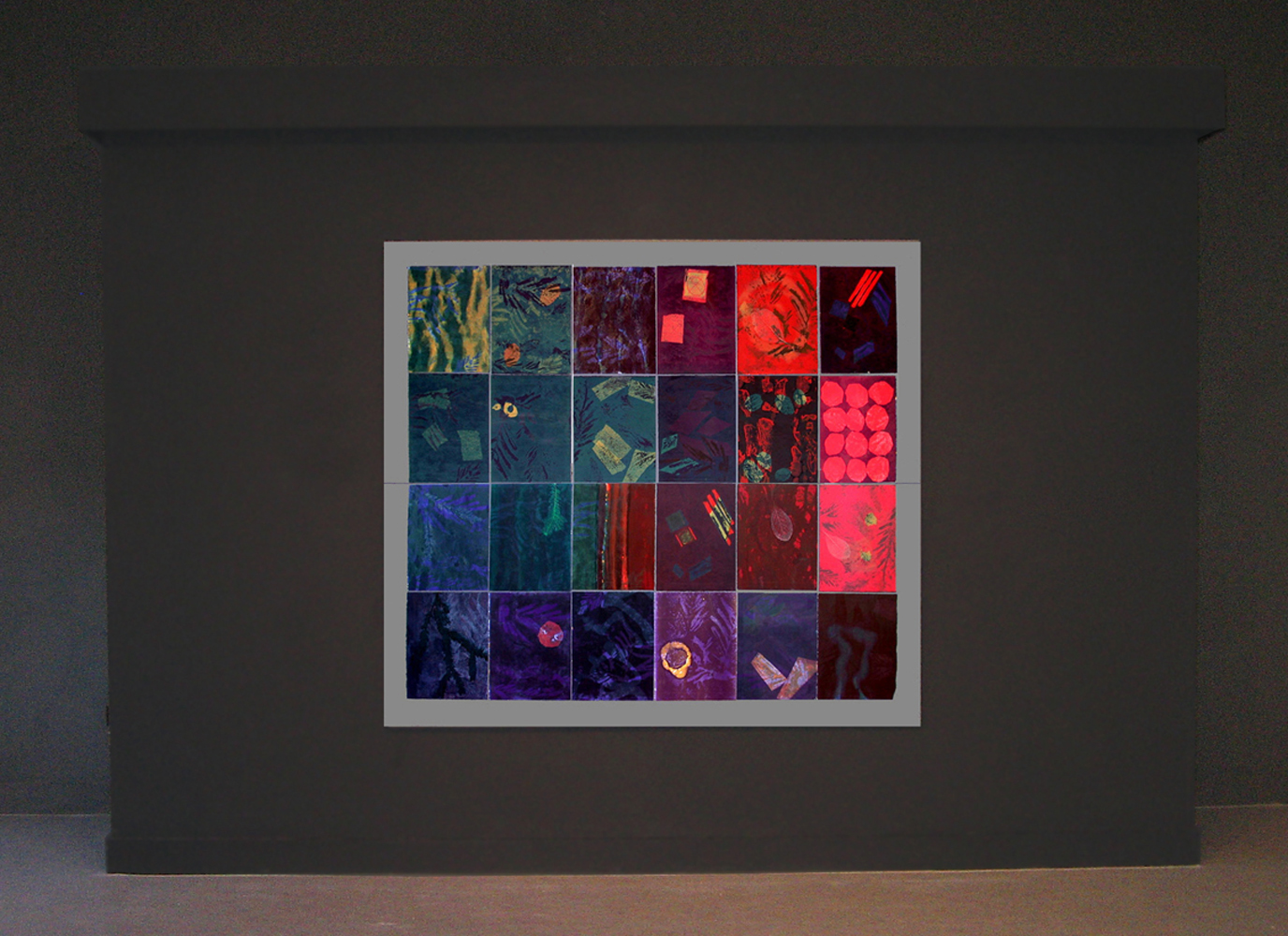 Spirit of the Yew

This composition of 24 prints, produced over two years, is my response, and homage to the yew tree at Dartington. I have on many occasions sat under the protective canopy, absorbing the atmosphere of that sacred place. The magnificence and longevity of the tree is awe-inspiring – it has witnessed countless generations of people, and yet it will outlive us all.

Dartington’s yew is a female tree with a girth of 23 feet. She grows at the south west side of the old free-standing St. Mary’s Church tower and at 1500 years old is young, in comparison to many of the Yews in Great Britain; some of which are estimated to be 4000 and 5000 years old.
Her branches reaching to the ground, provide a canopy for graves, which she predates by one thousand years. Several inscriptions have interested me. Among graves from the sixteenth to the nineteenth centuries there rests:

Ann Parnell,
“She was village School Mistress
Faithful and Persevering for years”

Another grave reads:
“In Memory of
Michael Gregory Eaton
Who was drowned while bathing in the River Dart
Within this Parish June the 14th 1824
Aged 16 years”

If the branches of yew trees are not pruned and are allowed to reach the ground they will root. Thus a circle of trees will result, growing around the parent tree. The yew has great ability to sustain itself: when a hollow core develops in the ancient tree, roots will grow from the branches down inside the tree to help support it. These ‘ariel’ roots are visible in Dartington’s yew. I feel my Spirit of the Yew has at last captured the essence of spirit and of life itself which I experience when under the protective branches of that magnificent tree.

“The Spirit of the Yew” includes the print processes of screenprint, relief print, and monotype, on Somerset paper.